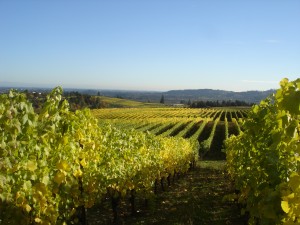 Lia’s Vineyard is located in the Chehalem Mountains AVA in Oregon’s Willamette Valley. The elevation ranges from 560 to 380 feet and the aspect is primarily due south. The soils are mostly Jory, a dark reddish brown silty clay loam, with a transition to sedimentary series around the 400′ contour. We believe the soils combined with the climate are what lend our grapes their unique character. 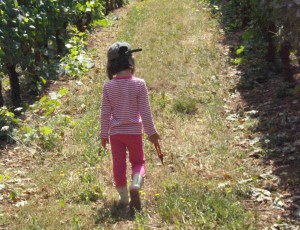 The Chehalem Mountains AVA  is home to an estimated 150 vineyards. Some of the wineries in the AVA are among Oregon’s most well-known and highly regarded names in pinot noir while many are limited production, artisan producers.  We love our corner of the Chehalem Mountains for the exceptional soils, exposure and mesoclimate.

Lia’s Vineyard is situated between King’s Grade and Hillside Drive, about four miles northwest of Newberg, Oregon. The vineyard is accessed via easement and is not open to the public.